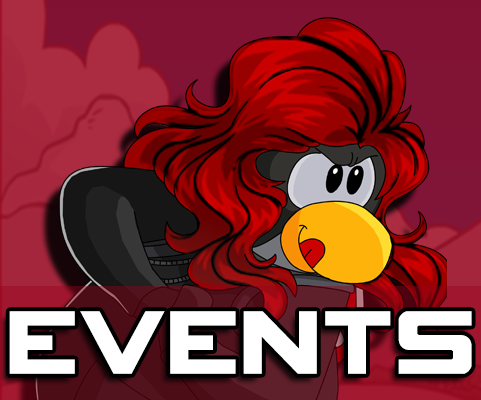 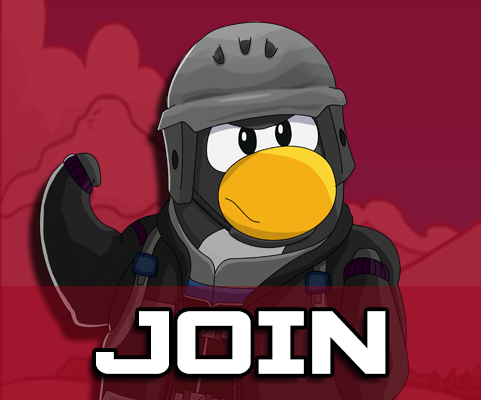 Today, we logged onto Blizzard for our AUSIA event, Operation: Puffle Roundup! We took our puffles around the island with us and practised our amazing tactics and formations! Great job, everyone!

Don’t forget to comment below with your discord name and rank if you attended!

It’s ya gorl, Red web, aka KABSBABAKA, aka brassknuckled penguin.

We all know why I’m writing here. For a lot of you, we’ve seen this all too many times before. For a couple of you, this is your first time seeing this and hey, it won’t be your last because life just kinda hits you that way sometimes. I don’t know about y’all but being the one on this end hurts way more than it is reading these posts. Before I get more sappy, I do want to be clear that this isn’t exactly goodbye. I’m too invested in this group to even begin this painful little speech. Ulti’s also takin his time to fire me so I mean here we are.

I joined the Rebel Federation a day after New Years. I was just drilling away, amazed that my childhood game is back and that you didn’t need a membership to get all the cool stuff, when a penguin with a cool outfit came in asking people if they wanted to join their little community. I’ll be honest, I didn’t know or care about pins or hidden items in the catalogue (I can’t find the red scarf in the gift shop) but a community sounded fun! Little did I know, I was in for a hell of a ride. I’m eternally grateful to weebwad for opening my eyes to such a beautiful group.

Blah blah, lots of reading and lots of my writing which – if any of you really know how lazy and illiterate I truly am – ain’t floating my boat too well. So I’ll put in some significant dates.

August 4, 2019 – Possibly the worst AUSIA event I’ve ever led that ended in a whole branch of people getting kicked/banned from CPR and my first ever message in #Navy
September 8, 2019 – I get promoted to Second in Command and I made Eva cry 😉
October 31, 2019 – Most of you haven’t seen this but I’m adding it anyway because I had a bomb ass Velma Dinkley costume ftgf
November 10, 2019 – I get married to my beautiful wife Emcee toenail emoji on Oasis
December 11, 2019 – I organize my first ever Winter Olympics (which I hope went well for everyone else?)
December 29, 2019 – I was deemed worthy of having my name in Hall of Fame with Rebel
Jan 3, 2020 – I lead my own meme review event
January 17, 2020 – Time to hang up my nightvision goggles

Damn look at me listing stuff down like I was relevant or somethin hahahaha.

There are a few reasons for my retirement. As much as I tell everyone to always hold your real life before RPF, I honestly don’t follow this myself. When I first joined I was in a really bad place in my life and I ended up depending on the group so much I slept for 4 hours a day and I lived and breathed this community. Although I’ve learned not to do this anymore (because it’s way beyond bonkers), I have to admit I’ve put too much of my life into it for now. Don’t get me wrong, my sole purpose here is to help the community. Everything I’ve done has been for the RPF community, and I love each and every one of you with all my heart. But it’s time for me to focus on myself.

Alexa, play Gotta Go My Own Way from High School Musical by that Coachella chick

I’ll surely miss all the HOT TEA. I’m not like dying or anything so don’t be afraid to reach out. But no matter what, I want you all to know that in the face of losing yourself or feeling like the community is at a loss, never forget – when in darkness, we rise. We will always prevail.  I’m so sorry to those I promised I’d get red. This wasn’t supposed to happen this early, but life has kicked me in the nuts one too many times. Red4Red isn’t dead y’all. I will see you all again soon. Fight the good fight.

And biggest shoutout of all: BDisley. I hope you’re doing well.

It’s been a good week for the Rebel Penguin Federation, with great events for all regions! We’ve had many more new members joining, so a huge thank you to everyone who’s been recruiting and a welcome to our newest Rebels! Deciding the Troop of the Week is always a difficult task and it took a lot of discussions. However, there was one troop who really stood out to us for this week. This week’s Troop Of The Week is…

We started our weekend off with a Friday night stamp event! For Operation: Stampede, we logged onto Marshmallow and waddled around the island to collect stamps! Great job to all who attended!

Comment your Discord name and rank below if you attended!

Today we logged onto Blizzard for our AUSIA event Operation: Scarf Search. We searched all over the island to try and find the red scarf, showing off our incredible tactics and forms along the way. Good job today rebels!

Make sure to comment below with your discord name and rank if you attended!

Today we logged onto Marshmallow for our EU event! We wore the hidden pilot cap, test glider, and aviator goggles soaring around the island while performing some fly tactics. Good job today, Rebels!

Make sure to comment your Discord name and rank below if you attended!

Today, we logged onto Sleet for our EU event lead by our Officers, Operation: Uprising! We wore the RPF uniform and practiced our quick tactics and fast formations around the island!! Great job at today’s event, Rebels!

Don’t forget to comment your Discord name and rank below if you attended today’s event!

Below are all the upcoming events on CPR!

At today’s US event, we logged onto Snow Avalanche for Operation: Grub! Wearing the RPF uniform, we exclusively did emotes and safe chat tactics to mix things up. Great job to all who came!

Comment below with your Discord name & rank if you attended!

Comment below with your name and rank if you attended!