Hi penguin friends, I guess this is it huh [insert Kazoo Kid fun fun fun gif]. I’m sure that this retirement may seem rushed and sudden to some of you, but it’s something I’ve been thinking about doing for a while now. I only told like three people about it, because I wanted to make sure that my last few days as HCOM in RPF would be as normal as possible. No awkward vibes and that whole situation where I’d go in main with everyone knowing I’m leaving but nobody talking about it. I don’t wanna keep this post too long or emotional, so I guess I’ll just go through my overall experience in RPF and why I’ve decided to step down.

To be honest, I’ve never genuinely liked the events ranking up. Only big war battles, events where we’d strike for that big 100+ max, tournaments and the chill unschedules we would occasionally have here and there. What I’ve always liked to do was recruiting. Sloaps and Lance took me with them a couple of times when I was still new to RPF. It quickly turned into something I’d do daily as a troop and mod, eventually making me feel more comfortable to chill in main chat and make more penguin friends. It just felt really nice to contribute to RPF’s growth, especially when so many recruits of mine decided to stick around for a while, some even till now (you know who you are). The only ones who’d recruit last year were staff, so seeing everyone work hard for the seasonal roles these days is really great. Keep up with the good stuff (not stuff, other s word). It’s safe to say that a lot of my best memories in RPF were made while recruiting, even though I would constantly get my alts banned and safechatted (F6 would call me a ban magnet for that). Very fun stuff. Too bad CPR’s filter is now awful, making it so much harder to have a nice time recruiting there.

Well, moving on, getting mod was exciting. I made a lot of friends during those few months as a greenie. This sounds cheesy, but it really did teach me a lot about this lovely thing called group work and how communication goes such a long way. It was also the time where I got closer to my best friends in RPF, who are mostly HCOM or retired at the moment. The friendships I built, helped me get through some really stressful stuff. These connections are what made me stay in RPF, so really I just wouldn’t have stayed around for this long if it weren’t for them. Being staff, in general, takes a lot of freaking (other f word) patience not gonna lie. Even though it can be too much at times, it is an experience worth having. Getting HCOM alongside Crazzy in December was so dope too. It made me feel really good about myself, pushing my own limits definitely paid off. I had a (s word) ton of fun during the winter Olympics that month. HCOM was hella small, so Zz and I had to run a few events by ourselves as newbies :uh:. It was for sure very lovely and fun, everything I was hoping to deal with right after my promo. Jokes aside, it was definitely an unforgettable week despite the desperate DMs we’d send to each other. Overall, the best part about getting HCOM was being able to help with decision making and overall server and staff administration, things that I couldn’t really do as an Officer. I’m gonna miss the routine of being staff so freaking (other f word) much. Not being part of meeting with my friends every day is gonna hit me hard for sure.

I guess that the other commitments I had as a staff member gradually tired me. It’s not that I don’t have enough free time to be in RPF and attend events. It’s simply that I’d like to spend it elsewhere. I wouldn’t say I completely lost interest in leading for example, but at the end of the day, I wouldn’t see the point of doing it in the first place. In other words, I just don’t feel the most productive doing it, which applies to other commitments too. I’m not gonna lie and say that I didn’t start losing interest in planning big events and other stuff too because I did. It also started to seem unfair of me to expect others to pull their weight on recruiting and event attendance when I struggled to put in any myself. I got promoted to Third in Command in December, got Second in Command in April. After almost one year of being HCOM, it really just became a matter of time until I decided that I needed an actual break. People come and go, I wouldn’t even count this as me fully leaving RPF, since I plan on sticking around and helping out as much as I can as a very bad and evil veteran (!!!).

RPF truly is amazing, being part of it is such a wild ride. The bond we all have over our penguin group is unmatchable and low key amusing. I’ve spent so much freaking (other f word) time here, made so many dope as hell friends and memories. It really helped me get through some tough times last year and of course, quarantine. I’m super grateful for each one of you, thank you for making this community so unique and welcoming, we really are like a big ass family. Don’t forget to push your own limits, no one else is going to do it for you. This goes especially for staff but, remember that communication, as I said before, goes such a long freaking (other f word once again) way. It may not seem like much but, the small things you do can make a hell of a difference in the long run. Just like the little things about RPF are what makes it so great. Keep fighting the good fight and working hard for what you want. We got this.

all my recruits and the rest of RPF, for the memories. 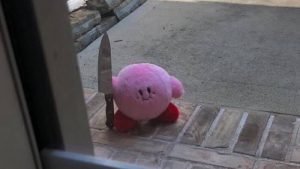