On March, something something, I was on voice chat with some real life friends in our Discord server. A topic about childhood memories came up and we were naturally chatting about things we remembered when a familiar name came up – Club Penguin. Now, I was no stranger to Club Penguin as I’d spent almost all my time as a kid on it, creating my Rguy437 account in 2009, and then my Pookie437 account in 2011. As the conversation progressed, I remembered a penguin group that I was a part of. Doing some research showed me that the group still existed and even had a Discord server now. That group was the Rebel Penguin Federation.

I hope that intro was sappy enough, because now it’s time to make things a bit more interesting. After some swift coercion by Silv (that’s Silverburg for the uninitiated) in DMs, I figured that I had some time to kill and I might as well rejoin (not for private though, I’m no PEASANT). Fuli and Jimmy really gave me a hard time that first week in regards to getting Troop of the Week. Shout out to Fuli for beating me! It only took two weeks, and then I got Troop of the Week so hey, that’s pretty cool! Anyways, I think the week after that or even that week, I got mod, which means I got it in three weeks and is still wild to think about today. Being a mod then brings us to the RedStarves437 era. The four of us (Red, Star, Wolves, and I) routinely put up something like 50-100 recruits each week just between the four of us. Wolves even held a 3-1 rank lead over me and I beat him! Anyways, being a mod was fun. I got promoted from Brigadier General to Major General while on leave and double promoted from Major General to General because I stopped a raid when no HCOM were online at like 5am or some stupid time like that (shoutout to brown for finally answering my numerous pings). I did some fun things such as setting the recruiting record with 40 (ok maybe it was 38 but rounding!) recruits in one week and I once woke up 10 minutes into my only Mod U-Lead, but after 6 weeks, it was time for my HCOM promotion.

Now let me be clear here, I fully suspected this promo was coming, and at that time, I had hockey practice every Tuesday. I tried to hint all day at the fact that I would be busy when they promoted me. It would SEEM that no one got the hint though, as I had to say something quick in announcements after it was announced since I was already running late. I think one of the first things I did as HCOM actually was raid some dude’s server, told him I was a girl, and got admin. Being 3IC was fun and life was good, but then I went to Disney in July and something fun happened… 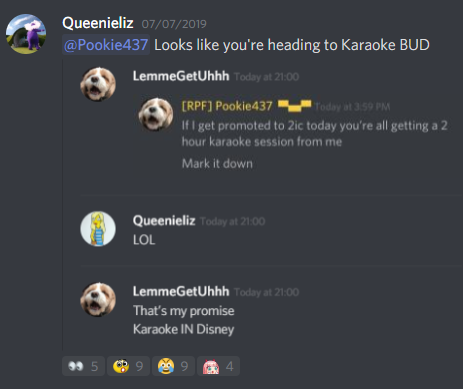 So, I made that 2 hour karaoke promise because 1. I wanted to do it anyways and 2. because it’s funny. So, getting promoted while walking around Disney in scorching Florida July heat is something that can’t really be explained, but it’s fun walking around Hollywood Studios and then getting pings with congrats on getting 2IC! From that point, I then led the best team to ever exist, Team Taters, in the Olympics alongside Alex. I was also brought on to a little project that you may have heard of called, The Good Fight™ Podcast. Life was going pretty swell at this point, but then I got sent back down to 3IC for reasons that were STUPID but that’s okay! Life goes on, right? Well, on it went, because I got promoted again two weeks later 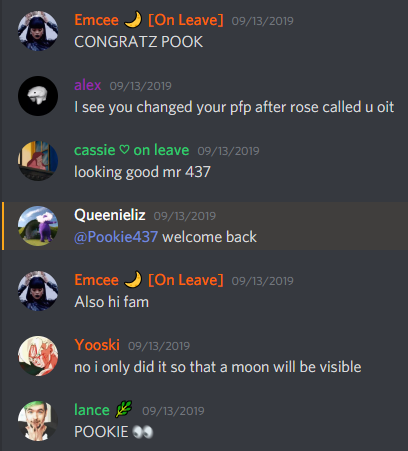 Before we get to the final section of this post, I want to talk about two things. One, the EGCP Exposed article and two, Arctic Ops. So, with the EGCP article, I’m gonna take credit here for kickstarting that whole thing. One day I was on my alt just browsing the EGCP server, back searching names when I saw the original drawings of Liz as a cow and the EGCP troop committing especially heinous acts with her. I then made a group chat with Liz and Ulti and was like, hey, let’s do something about this, and so we did. The original plan was to bring it to the CPA admins, but we figured we might as well act like an army, make a post, and declare war on them instead. Liz asked Ulti and I to write the article and have it done by whatever date she said, so Ulti began the writing and I began searching for the evidence to use in the post. Oh, and I’d also like to add here that the name I came up with was “Fall of the Guardians” which I still believe to this DAY was infinitely better than “Exposed “Guardians” of Club Penguin”. Anyways, Ulti and I finished the post, first on Google Docs in Comic Sans and then on the site. This thing was perfect, and I mean literally one of the best literary pieces I have read in my entire 12 years on this planet! Liz didn’t like it and so she went and wrote her own piece and published it. Liz, if you’re reading this, then I gotta tell you, I really just don’t think your version was as good as ours (also, in Ulti and my version, I was credited as the author and I would’ve loved some clout). But hey, it’s alright because we still went to war and got some free territory out of it. So what lesson have we learned here, kids? Well I’m not getting paid enough per word to write a lesson, so just think of one yourself. 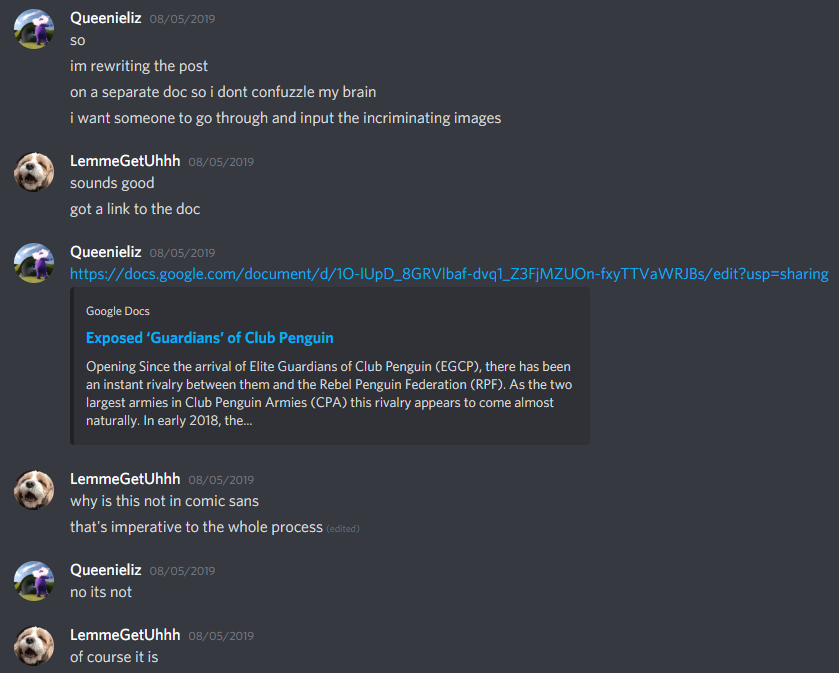 Alright, now we get to move on to the juicer topic, Arctic Ops. Now, this was a medium size army that Ulti and I were a part of in 2014. There didn’t used to be a one army rule for mods in RPF, so all the mods just kinda went and made their own armies. We mostly hovered around I think an 11 max, and Arctic Ops died in April of 2014. So, pretty much as soon as I rejoined, I was dming Ulti (who was still a vet at the time) that we should revive Arctic Ops one day and make them a legitimate army. We never really gave it any legitimate thought until it came time to decide how we would infiltrate an army alliance called the CNA (Crimson Night Alliance). Well, if we needed an army, why not just make an army using RPF HCOM alts and make it Arctic Ops Generation Three? The time came and the plan was set, but it was time to create our alt names. When I asked Ulti for a name, he responded with “oh god i’m bad at alt names”, and the name was born: the first letter of each of his words, thus creating Ogibaan. Then we did some stuff, infiltrated a whole alliance and all that, and the rest is history (and is also detailed in a post which I’ll link here). Well, there’s actually one last component to the history which is fun. So, a while after everyone knew about Arctic Ops, I was bored so I said “hey, why don’t we make an Arctic Ops Discord server and register with the new league, Club Penguin Warfare?” So, we did. Let me tell you, calling all of RPF Strike Force and even getting ACP to join in to make a max 5 army to max 25 was one of the most fun things I’ve ever done here in RPF. 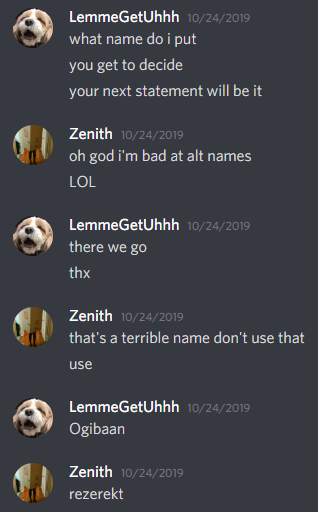 In this section, let’s start it off with my SECOND demotion from 2ic which, whatever, I won’t even get into detail about it, because I still believe it to be garbage. But you know what? Things were alright. I think a few days after that, I actually led a branch battle while not logged on to CPR and sitting in an IHOP. That Brunch Burger may have been sweet, but the Air Force victory was even sweeter. On my birthday, you guys made some sweet slides for me, and I got to go to New York Comic Con, quite the weekend for me overall. Let’s skip a bit to the Winter Olympics where I got to pretty much lead Team Reindeer’s EU and US events with my favorite mentee I’ve ever had, Crazzy (sorry Six), while Cosmo was sleeping. Our team held the lead for TWO WHOLE DAYS, can you believe that? I mean, in the end, Ulti’s team ended up winning anyways but still, those first two days were so fun for our entire team, and we still ended up placing second overall. Jumping to the current day, so many things have changed since I rejoined almost a year ago. From the HCOM, to the troops, pretty much everyone is different from last year and it truly does feel like just yesterday that I rejoined the server. Before I get too sappy here, allow me to take a short intermission to thank everyone who’s been amazing during my time as a whole in RPF. 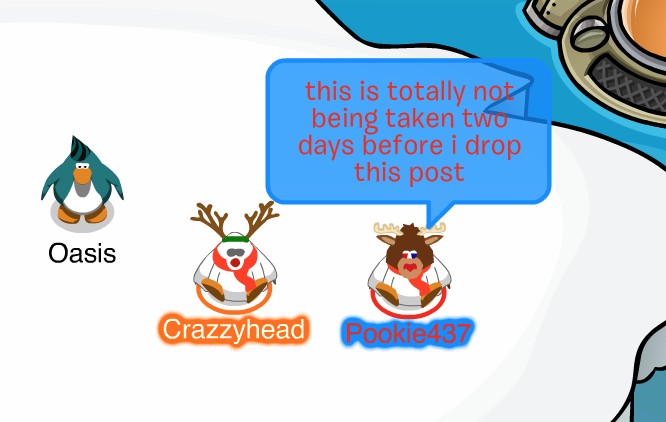 EXTRA Special thanks to Queenieliz, couldn’t have done it without you 🤡

Now, I could’ve made this whole post extremely sappy and sad, and even maybe won a few Oscars had I made a movie about it, but the truth is I talk with most of you on a daily basis about non-penguin affairs anyways so this isn’t really me dying. I’m sure I’ll see a select few of you in either hangout servers, Switch Gang, or even the best division to EVER exist, MCDiv. So what’s next for me now? Well, there’s a little kingdom called Reveran which requires my services. For all you fools out there who don’t own Minecraft, I’m talking about the MCDiv kingdom. I’ll be hanging out in that server probably, so hit me up if you’re in there and want an autograph or something. OK, that’s all the time I’ve got. Now, I’ve got to get back to playing Animal Crossing: New Leaf, on my Nintendo 3DS.

Oh, and I wanted to make this post in Comic Sans but WordPress didn’t allow me to :[[[. Also, don’t DM me a millisecond after this post comes out, because I’ll KNOW you didn’t read this. It’s meant to be long but trust me, it’s pretty good, and I think I’m genuinely proud of it. Thanks for the memories, guys. 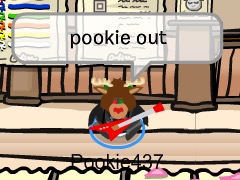